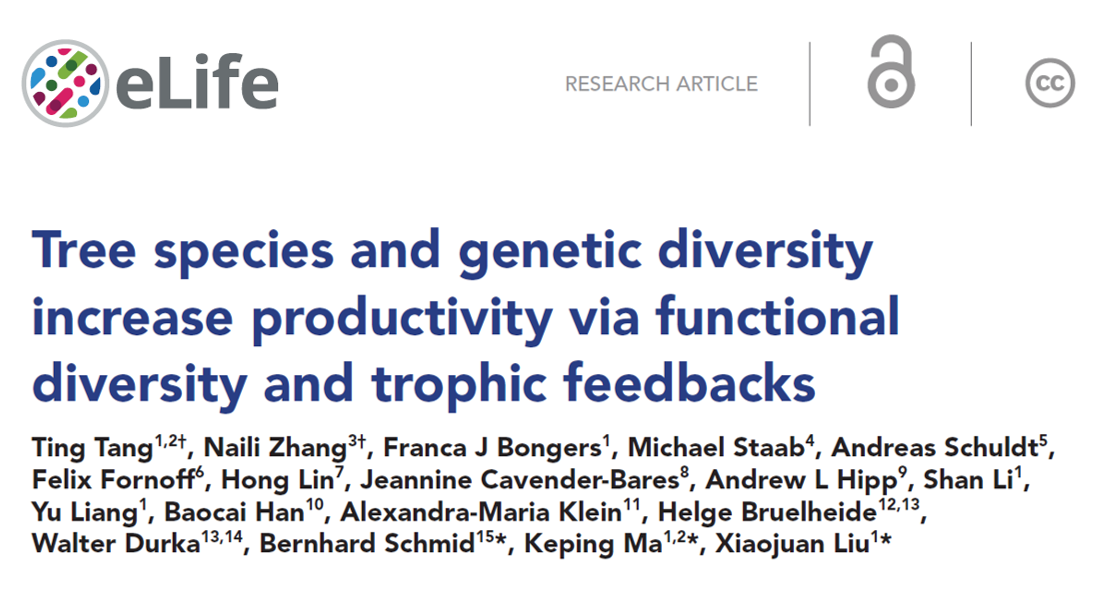 Reforestation projects should include a variety of tree species and ensure genetic diversity within each species to maximise new forests’ health and productivity, suggests a study published in eLife.

The findings suggest that complex interactions between trees and other organisms should be carefully considered when determining the combination of trees in a forest to ensure a functional ecosystem is maintained.

Diversity is essential to healthy ecosystems. Forests made up of a variety of tree species are more productive, as they make more efficient use of resources. This is because different species fill distinct niches – meaning they have different optimal physical and environmental conditions, such as their terrain, and have different interactions with other species such as predation events, meaning they compete less. Additionally, having multiple tree species can reduce the negative impacts of herbivores and soil fungi that might compete for the trees’ nutrients. Few studies have looked at the role of genetic diversity within each tree species in a forest, but some plant studies suggest that genetic diversity within a species is also beneficial to the ecosystem.

“To better understand the effects of genetic diversity in forests and guide reforestation efforts, we looked at how both the variety of species and genetic diversity within species affect forest productivity,” says Ting Tang, the co-lead author of the study, a doctoral student at the University of the Chinese Academy of Sciences in Beijing, China.

Tang and colleagues used data from a long-term large tree species and genetic diversity experiment in a subtropical forest (www.bef-china.com, Bruelheide et al., 2014). Tree species diversity and genetic diversity within species were manipulated to generate four different plant diversity levels and the team measured five structural and chemical leaf traits that are known to be highly variable and relate to rates of resource acquisition.

Figure 1. Conceptual illustration of the effects of functional diversity and trophic feedbacks on tree productivity and the species × genetic diversity experimental design.

“We found that both species and genetic diversity promote forest productivity by increasing the ability of trees to maximise the use of resources while reducing damage caused by herbivores and competition from soil fungi,” Tang comments. 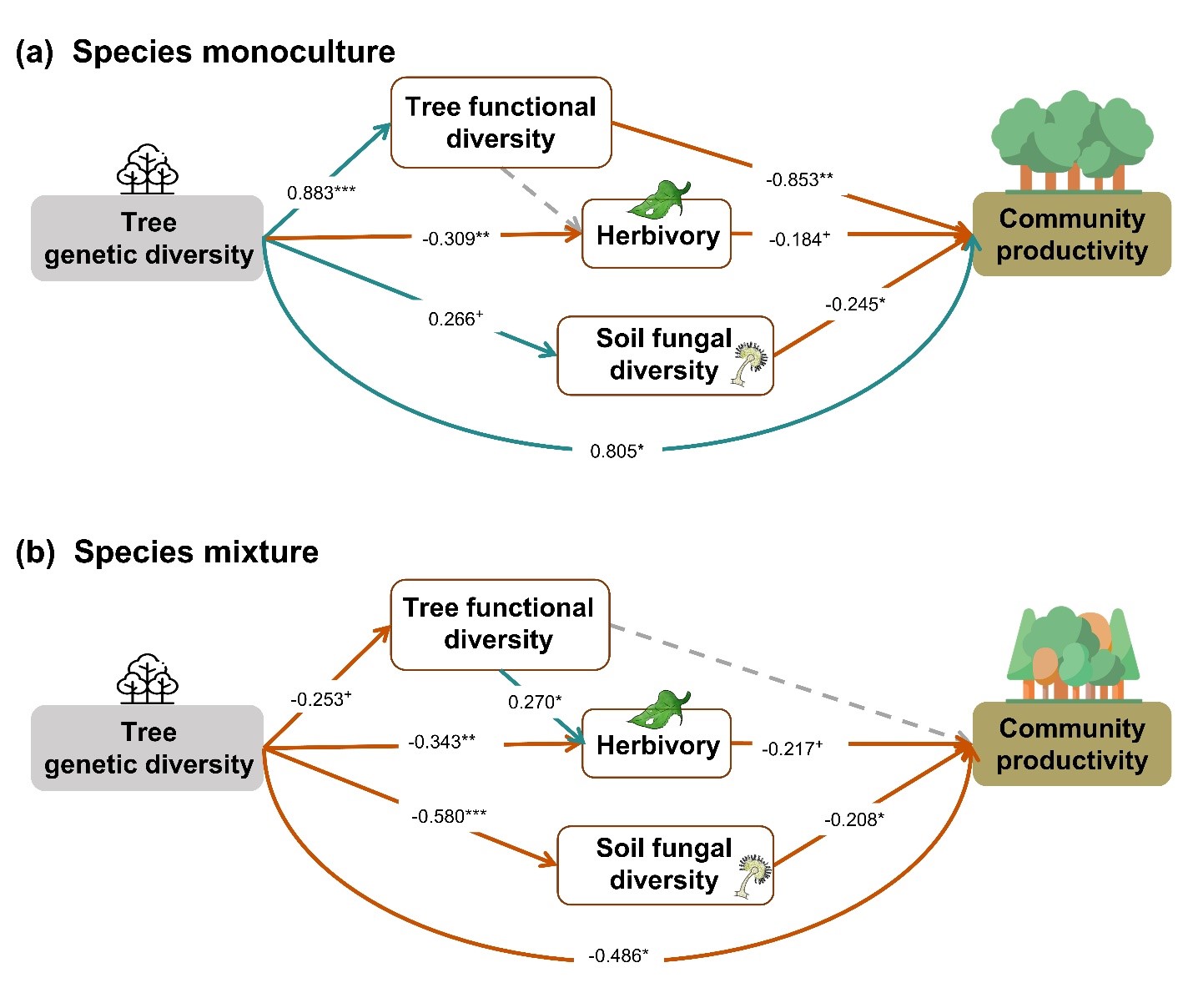 Figure 3. Effects of tree genetic diversity on higher trophic levels and tree community productivity in tree species monocultures (a) and the mixture of the four tree species (b).

The results suggest that species and genetic diversity could help reduce the number and variety of tree competitors – for example, by reducing the toll that herbivores take on trees, the costs to trees of producing defensive compounds to deter them, or reducing the competition from fungi for nutrients. They also suggest trees in more diverse forests can better exploit individual niches.

“Reforestation projects are critical to mitigating atmospheric carbon levels and helping countries realise the full ecological and economic benefits of healthy forests,” says Xiaojuan Liu, associate professor at the Institute of Botany, Chinese Academy of Sciences, Beijing. “Our results suggest that scientists leading reforestation projects should include multiple species of trees and genetically diverse individual trees within each species to ensure healthier forests.”

Liu served as a co-senior author with Bernhard Schmid, a professor in the Department of Geography, University of Zurich, Switzerland, and Keping Ma, a professor at the Institute of Botany, Chinese Academy of Sciences.