Global biodiversity decline and its cascading effects through trophic interactions pose a severe threat to human society. Establishing the impacts of biodiversity decline requires a more thorough understanding of multi-trophic interactions and, more specifically, the effects that loss of diversity in primary producers has on multi-trophic community assembly.

Within a synthetic conceptual framework for multi-trophic beta-diversity, we tested a series of hypotheses on neutral and niche-based bottom-up processes in assembling herbivore and carnivore communities in a subtropical forest using linear models, hieratical variance partitioning based on linear mixed-effects models (LMMs) and simulation.

We found that the observed taxonomic, phylogenetic, and functional beta-diversity of both herbivorous caterpillars and carnivorous spiders were significantly and positively related to tree dissimilarity. Linear models and variance partitioning for LMMs jointly suggested that as a result of bottom-up effects, producer dissimilarities were predominant in structuring consumer dissimilarity, the strength of which highly depended on the trophic dependencies on producers, the diversity facet examined, and data quality. Importantly, linear models for standardized beta-diversities against producer dissimilarities implied a transition between niche-based processes such as environmental filtering and competitive exclusion, which supports the role of bottom-up effect in determining consumer community assembly.

These findings enrich our mechanistic understanding of the ‘Diversity Begets Diversity’ hypothesis and the complexity of higher-trophic community assembly, which is fundamental for sustainable biodiversity conservation and ecosystem management. 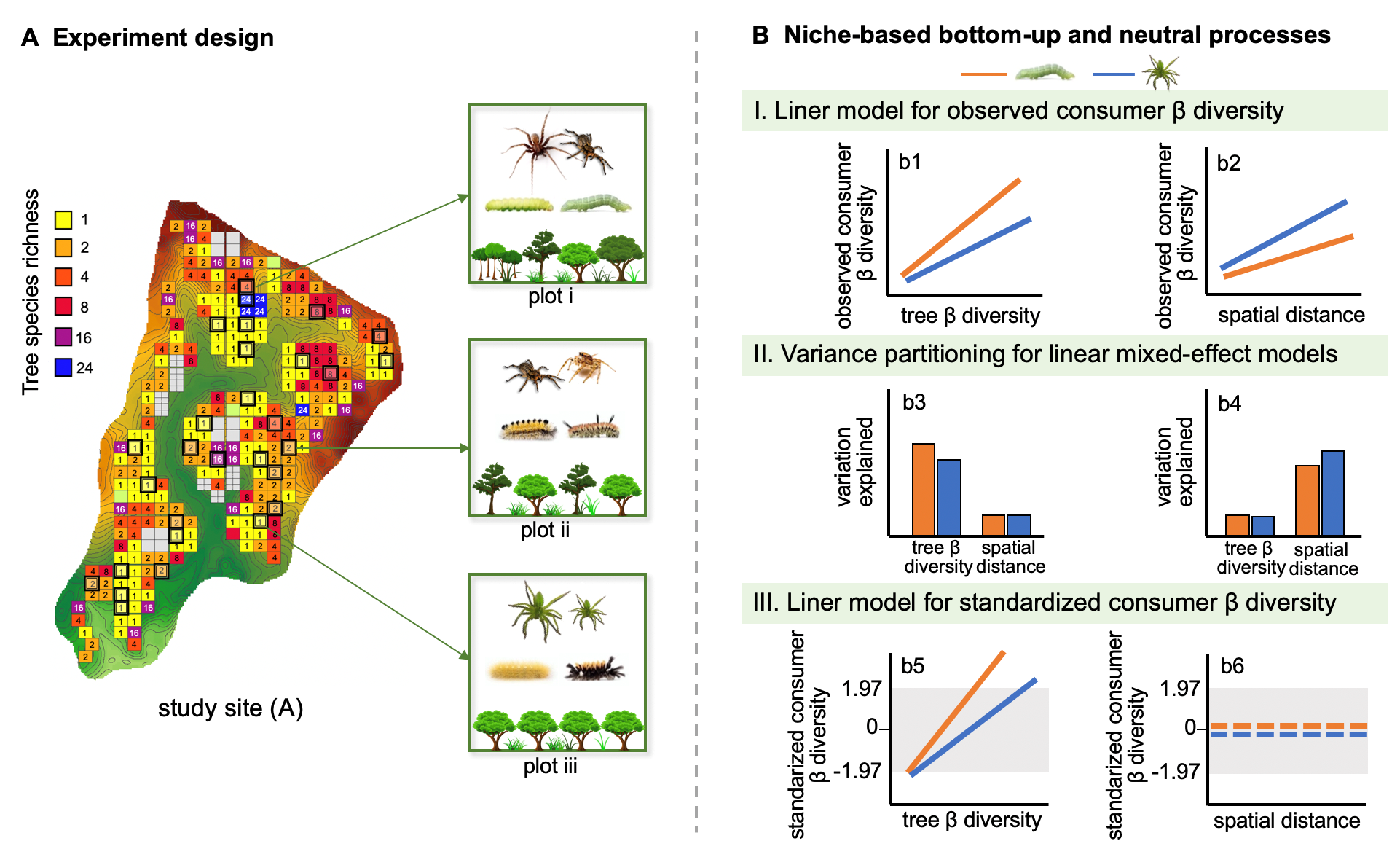 Figure 1. Experiment design (A) and the conceptual framework for disentangling niche-based bottom-up and neutral processes in driving beta-diversity of herbivorous and carnivorous consumers (B). 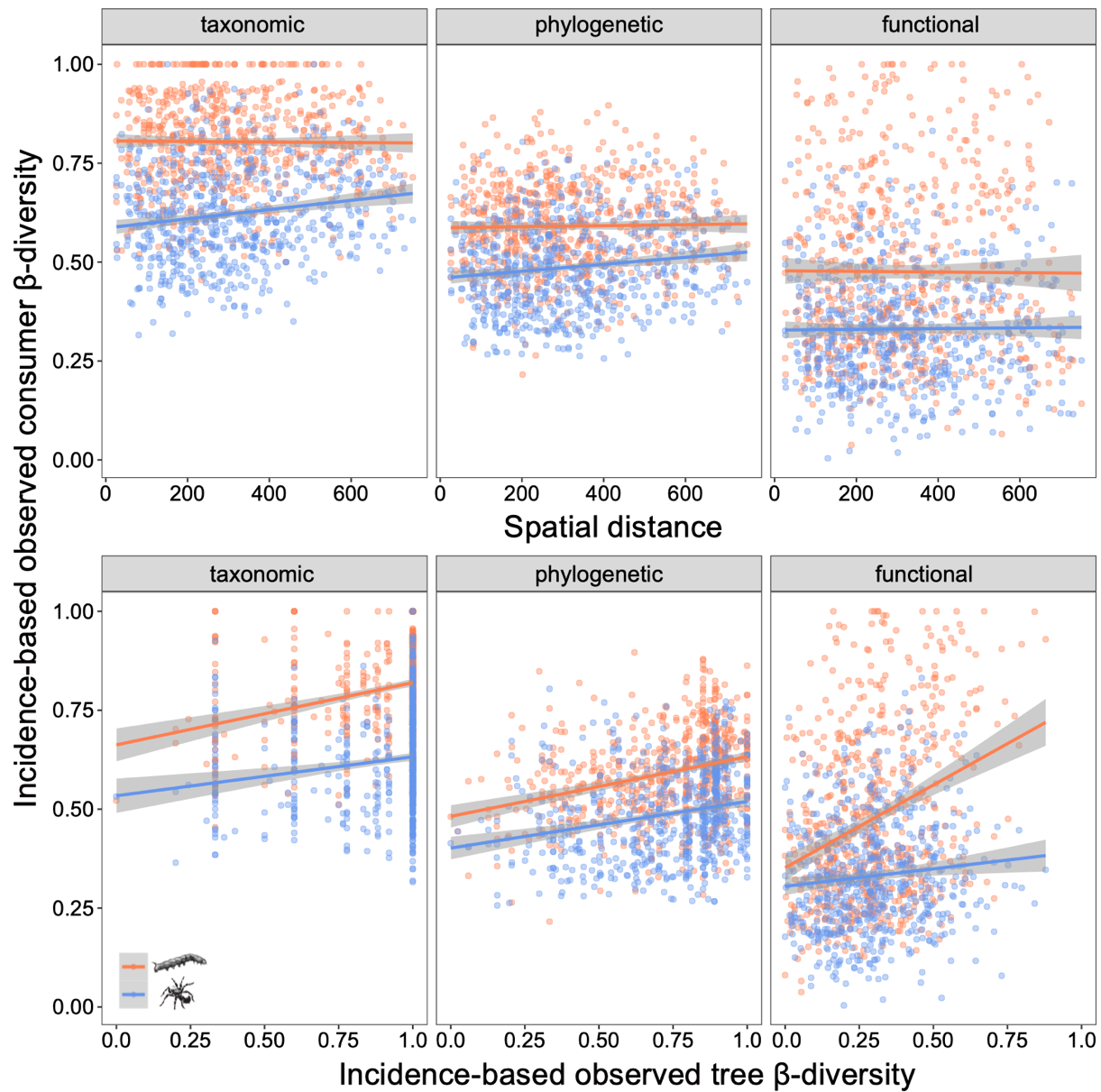 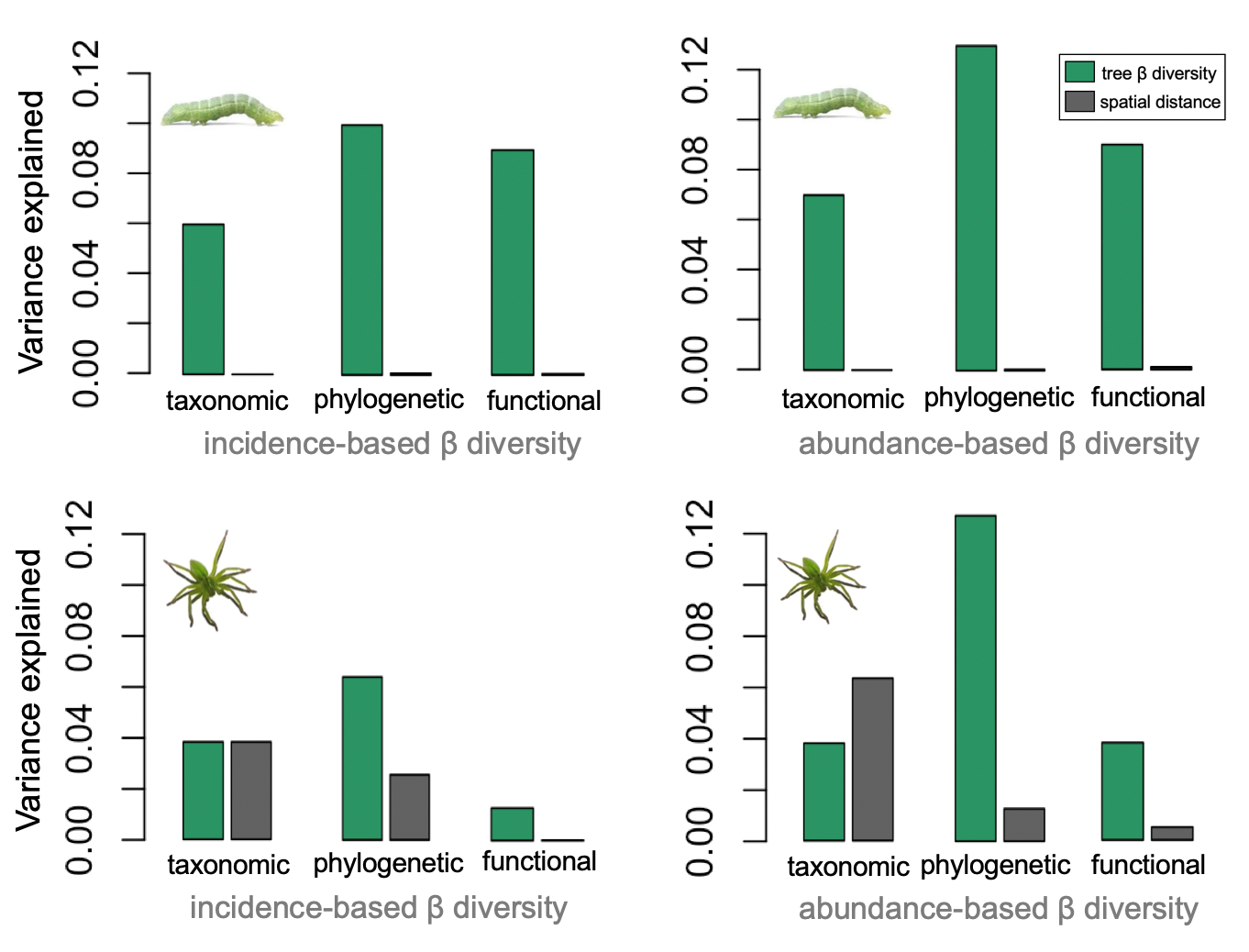 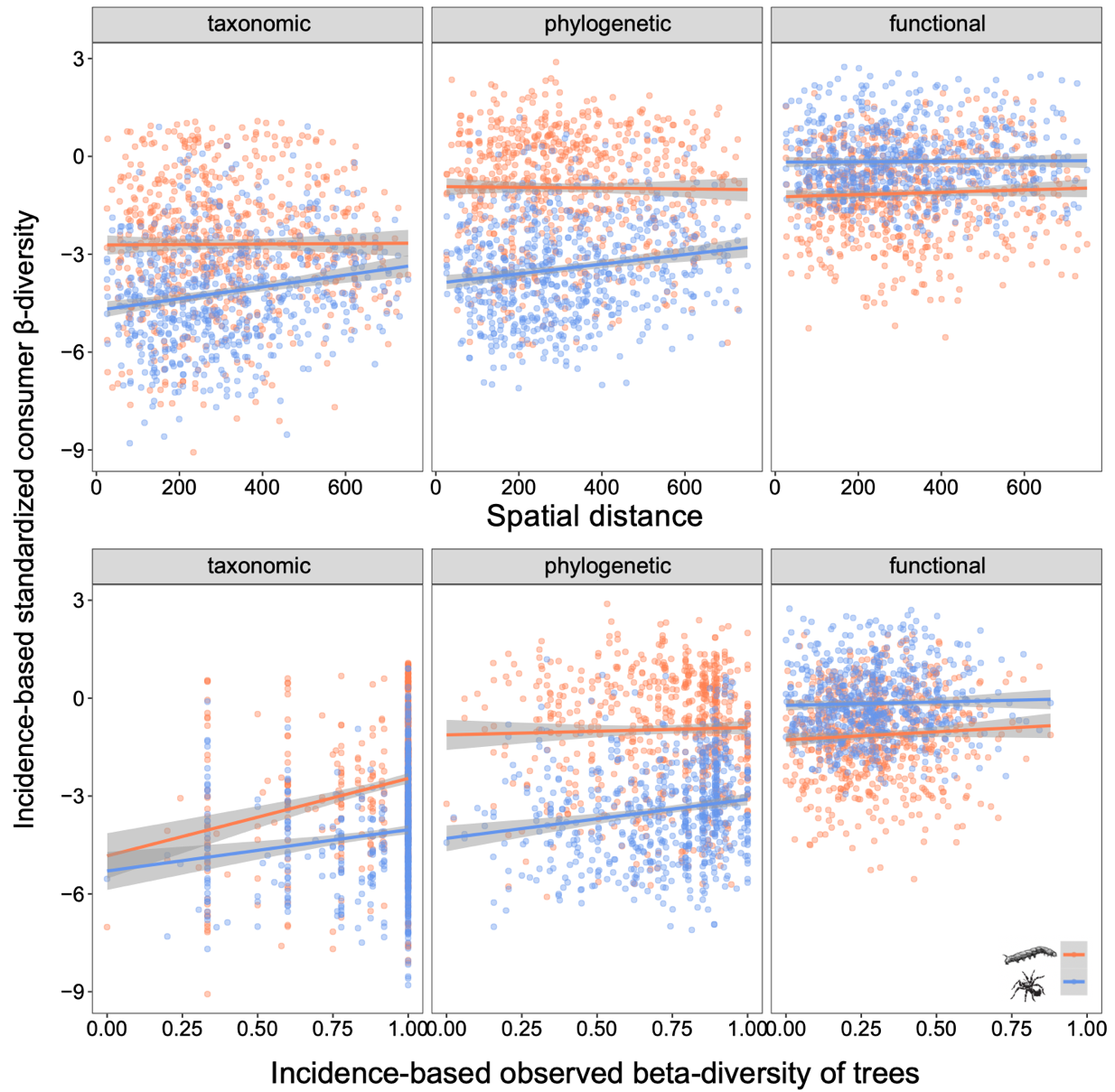 Figure 4. Effects of spatial distance and incidence-based observed beta-diversity of trees on the standardized incidence-based dissimilarities of caterpillars (orange) and spiders (blue) at taxonomic, phylogenetic and functional dimensions.