Species may partition abiotic resources that limit their growth, but species may also be specialized with respect to their set of biotic interactions with other trophic levels, in particular with enemies including pathogens and consumers. The lower host densities present in more species-diverse plant communities may therefore result in smaller populations of specialized enemies, and in a smaller associated negative feedback these enemies exert on plant productivity.

We found that fungicide spraying of tree canopies removed the positive tree-species richness–productivity relationship present in untreated control plots. The tree species that contributed the most to this effect were the ones with the highest fungicide-induced growth increase in monoculture. Insecticide application did not cause comparable effects.

Synthesis. Our findings suggest that tree species diversity may not only promote productivity by interspecific resource-niche partitioning but also by trophic niche partitioning. Most likely, partitioning occurred with respect to enemies such as pathogenic fungi. Alternatively, similar effects on tree growth would have occurred if fungicide had eliminated positive effects of a higher diversity of beneficial fungi (e.g. mycorrhizal symbionts) that may have occurred in mixed tree species communities. 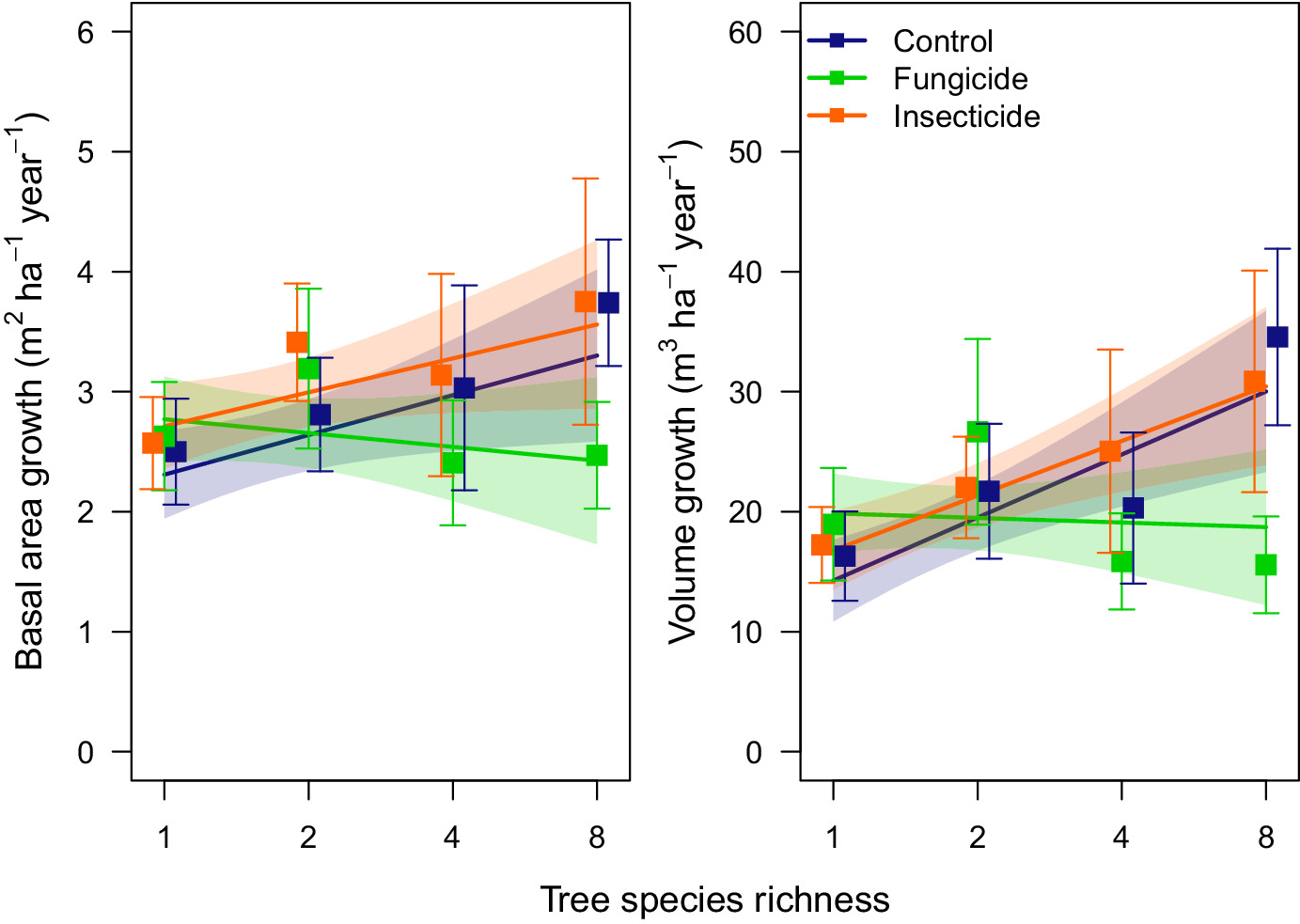 Figure 1 Effects of insecticide and fungicide on the relationship between biodiversity and stand-level basal area growth. Squares show raw means for each diversity level, and error bars are standard errors. Lines and shaded areas show model-predicted means and standard errors.