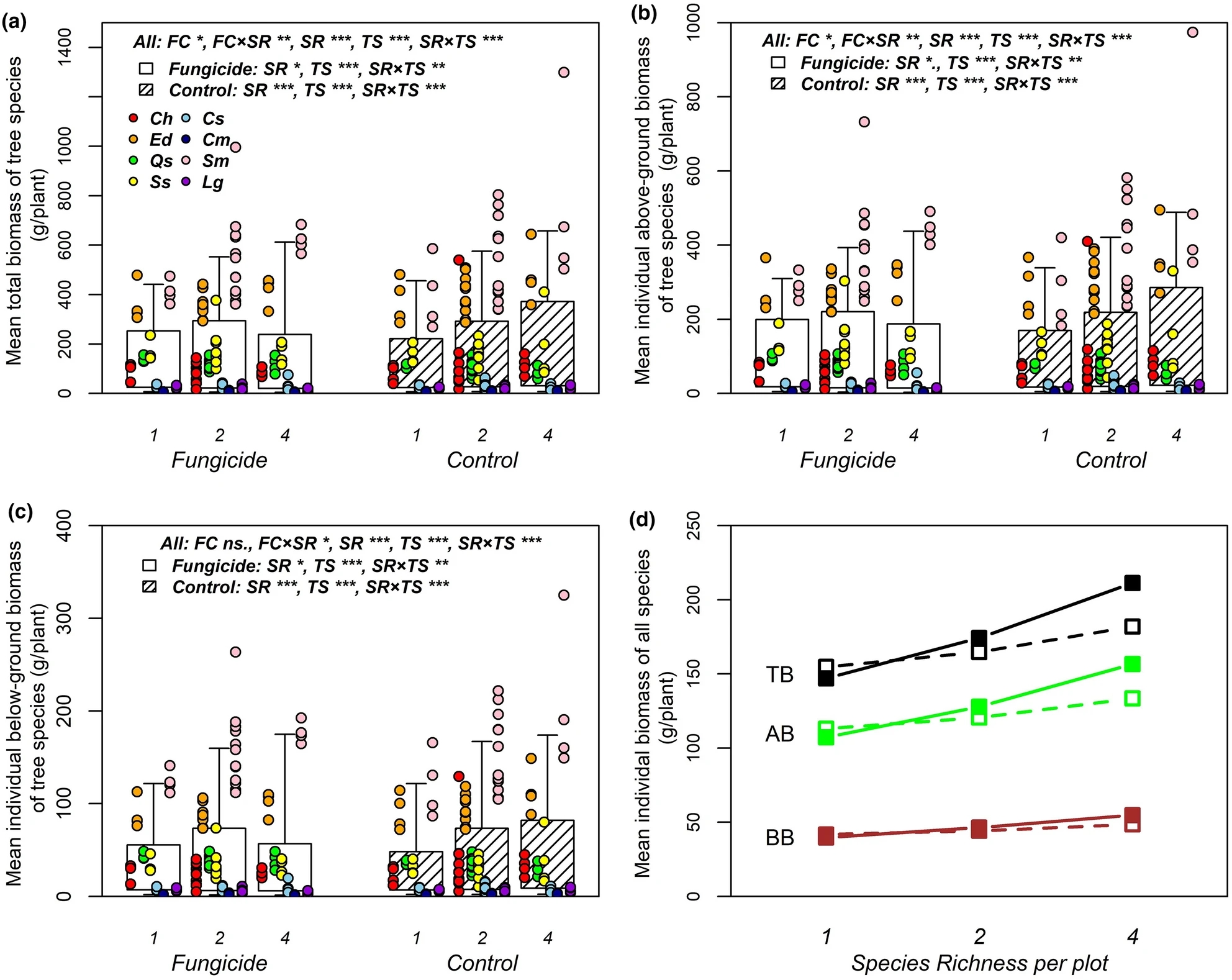 Soil fungi are a major factor maintaining plant diversity and productivity, but the underlying mechanisms are still poorly understood. Based on a biodiversity–ecosystem functioning experiment in southeast China, we evaluated the impacts of rootassociated soil fungi on plant total, above- and belowground biomass production in monocultures and in different 2- and 4-tree species mixtures using two pools of four subtropical tree species each. All plots were inoculated with forest soil but half of the plots were additionally treated with fungicide to suppress fungi. Tree species richness promoted individual biomass only in control but not in fungicide-treated soils, leading to positive relative yield totals (RYTs, sum of the relative growth of each tree species in mixture to monoculture) of mixed species plots in control soils. Additive partitioning analysis showed that the net biodiversity effects were due to positive complementarity effects (CE) rather than selection effects. The relative yield of individual tree species was positively correlated with arbuscular mycorrhizal (AM) colonization for AM trees but not significantly correlated with ectomycorrhizal (EM) colonization for EM trees. The molecular analysis of the root-associated fungi showed that larger RYT and CE values were correlated with greater dissimilarity in pathogenic fungal communities between tree species, suggesting distinct pathogen compositions will result in overyielding and high complementarity in mixture.